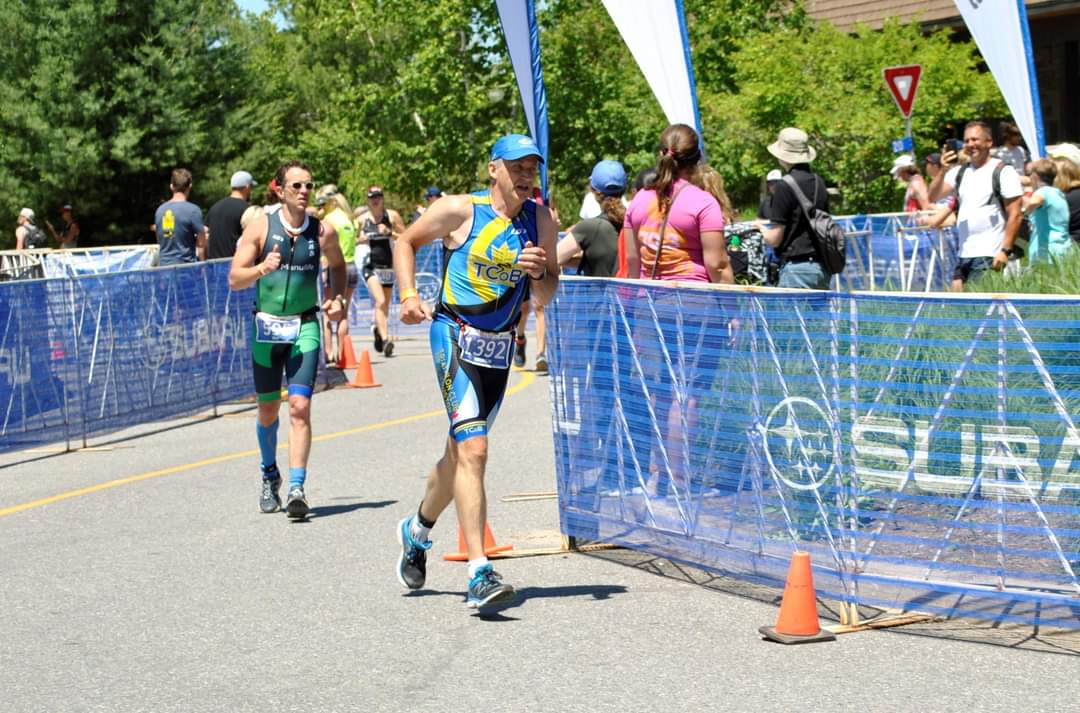 A couple of weeks ago I was very excited that I completed a 30km run. Why would that make me very excited?

Let me go back a little to give some history to this excitement. In March of 2019 as I was training for ATB, when I received my second bout of Planter Fasciitis (first one was about 8yrs ago). Throughout the spring I was seeing physio and doing everything I could to get rid of it. With very little run training I was able to still do the Ironman 70.3 Muskoka. In the Fall I was able to start putting some easy mileage on and build on my running base.

I am the type of person who always sets up goal races to keep myself focused on my training.  I always have taken my training and races very serious. When I started doing marathons, I wanted to get my Boston qualifying time; I kept a record of all my runs, which I still do today (which includes my bike rides and swimming), and I have them on file. I was able to fulfill that goal three times. Then I started to get into trail running and set a goal to win the 5 Peaks series in my age group for the Sport division. While accomplishing these goals I always had races to help me to stay focused on my training.

As the end of January 2020 approached, I realized that my base running distance was not going to get me to run in the ATB race. Yes, I might have been able to run it, but I realized that I would not be able to compete/ run the race in the time I would like to. So, at that point I started to focus my training on the summer triathlon season. My season that I was planning around was Welland long course in June, and then long course in Kingston in August. Ending the season with the Barrelman in Welland.

I was excitedly looking forward to the upcoming season, thinking about my training schedule and my running was going well.

Then Covid hit in March 2020! Like most people I thought we would still be able to do something that summer. But seeing that everything was shut down; no access to any pools, I kept my running and bike training hoping for some sort of summer races. As the Spring months went on, I looked at doing the virtual races with Ironman. As a person who uses goals to set up my training, I figured that doing these races would help me stay focused.

I ended up doing three of the Ironman virtual races in the Spring. Once we started to get into late Spring and early Summer, I realized that we were not going to be able to race at all. At that time, I started to refocus my training to base training only. I looked at not doing any speed workouts or hill repeats, started to focus on doing more heartrate workouts. My goal for the Summer was to test a little what it would be like to train for a full Ironman with long bike rides on Saturday (100km plus) and then do an easy long run (17 to 21 km) on Sundays.

September 2020, I focused on my base running and bike rides. On my runs I tried to keep my heart rate within the 130’s. I also received an email that the Egg Nog Jog was going to happen at the end of November using Covid protocols. So, for the rest of the Fall I had a new training goal for the Egg Nog Jog 5k race. I added some speed workouts to my training. This was good for me to see where my fitness level was. I was happy with the results ending up third in my age group.

Once that was done, I needed a new goal. Build up slowly to run 30km in March.  So why was I so excited after I finished my 30 km run? It was because I continued my training for the year without any Planter Fasciitis coming back. I was able to do a lot of training with keeping my heart rate below 140. During this year I learned that it is okay to run a much slower pace than race pace. In my early years I would do most of my training at a much higher pace than I do now. It’s over a year now with Covid and what goals do I set for this coming year? I am very thankful that TCOB has set up some “mock” races this Summer and hoping that early Fall we will be able to do some sort of real race.