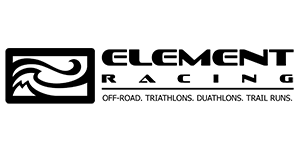 THE HISTORY OF ELEMENT RACING

Well… it all started 6 years ago with a desire to cross train and race off-road.  At the time, I was spending a lot of time (and money) traveling to races around North America very much into the 70.3 scene.  When it came to off-road, I was getting tired of the increasing cost per race due to travel so wanted to compete locally.  I was shocked to discover that not only were there no off-road races in Ontario, there were next to none in all of Canada!  I found this stat puzzling, especially since Canada had some very successful athletes dominating the off-road scene at that time.  I thought this over for only a few minutes then promptly decided to build a race so that I could compete in it.  I was also interested in ensuring that there would be an outlet for Canadians to gain off-road experience locally; this could help maintain our position in the world of off-road.

After a few weeks of researching, developing a website, and navigating the sanctioning world of triathlon, we did a very late-season launch of Element Racing.  The name Element Racing evolved from the idea that athletes could compete in any element of sport that they wish. Since it’s conception, however, the name has taken on a new meaning. With our first 4 races being ‘blessed’ with extreme weather (rain, thunderstorms, fog, extreme heat) the joke was on us; we now realize that our events truly pit the athlete against the elements!

Now, there are many stories that I could get into regarding the build up of Element Racing but I’ll just get to a few highlights:

The Grand Launch of Element Racing:

We launched our first event in May and certainly ‘came out of nowhere’ onto the race scene.  For the first few weeks all I received were e-mails from people asking who we were, who I was, and what gave me the right to do this. In the following weeks I continued to receive emails from people who told me they were thinking of doing the exact same thing and then finally it was from the industry asking me to buy into all their services.

Although our launching was quick, our take-off was slow; our first registration took about a month to get and our second took almost another month. In fact, it took us 3 months to get to 20 participants! 2 weeks before the event I didn’t think we had enough to make it all work. In the end we had 120 registrants including a few pros but none more notable than Christine Jefferies just to add to the pressure to produce a fantastic event.  In the end we had 115 athletes show up to race in an industry that typically has a 25% no-show rate come race day.

By the time race day arrived, I had the entire course designed, and redesigned almost 10 times over.  I had met with all my vendors and put together an incredible team of volunteers with a large number of them being family and friends.

As some sort of ‘right of passage’ for new race directors, the weather started hammering us on set-up day.  I can remember my good friends Lien and Del (both still very much involved with this event), using a what should have been a motor boat, but due to a broken engine was now a row boat, to set the swim course.  They would just get out to drop an anchor when the skies would open up with rain, and huge sheets of lightening would cross the sky.  They would leave the water, wait the storm out, and start again.  Setting the swim buoys took all day.

The same storms also prevented us from setting up the rest of the course within daylight hours and half the trails remained unmarked as we left the quarry for the evening.

That night, my good friend Lien, Deanna (now my wife) and I sat in a Tim Hortons to come up with a game plan.  It had officially become a ‘divide and conquer’ mission with Lien responsible for the race hub- in the morning he would proceed as if the race was a ‘go’.  Deanna and I would wake up at 3am, put on our headlamps and finish marking the course.

By the early morning hours, the rain was starting to fall to a mist but a very thick fog had rolled in.  I recall marking the trails, but also trying very hard to be sure which trails I was even on.  Around 6:30 Deanna and I returned to the quarry. As planned, Lien had everyone organized and heading to their stations ready for a race.  The fog was still very thick.

When we got to the main race hub, we were greeted by a Kelso staff member who informed us that it was very probable that they were going to shut the trails down for the race and that I had better think of another solution- with only an hour to go before race start!  I started to pull out my maps and quickly redesign what was going to be a modified aquathon.  15 minutes before the race start, the trails were approved for use and the race was back on… except one last problem, the fog was still so thick that there was no sight of the first swim buoy.  I can recall my feeling at that very moment: ‘what is meant to be will be… let’s just see what happens in the next 15 minutes’.  Well, in the next 20 minutes it was incredible, the fog lifted, pulling back the curtains on a full race site with swim buoys, transition zone, and finish line all coming into focus at once.  Greg Pace was there with me at that moment.  We looked at each other realizing that his event could actually start and he promptly blew the horn for the official start of Element Racing’s inaugural race.

The rest of that day remains very vivid with lots of minor story lines but I’ll jump to the end.  That year I had designed the finish line to end heading into the water.  It was as participants were finishing that I started to appreciate what we all had just pulled off.  Greg and I starting talking and noticing that it was the pros and top finishers wading in the water, interacting and joking with those just crossing the finish line and falling into the water.  A culture was developing- no matter what club an athlete was a part of and no matter where an athlete finished in the standings, all participants were interacting equally in the water.  This is not a sight that either one of us typically noticed at many other races of any kind and most certainly, not at triathlon.  There was a certain commradery that was happening on its own.  It was that moment that erased the rocky journey to get the event off the ground, and solidified the next 5 years for Element Racing.  We knew we had just pulled off something special. We were on a ‘high’ from our accomplishment- one that is akin to completing a first tri or finishing an epic one that has been the focus of months of training.

In the months and years that followed that first race, Element Racing has had many opportunities in the sports industry.

The Present and Future of Element Racing:

We have been invited to new locations to build our style of event, we have been asked to consult on multiple event designs and logistics such as Spartan Race, Urban Warrior, Epic Halton Grand Fondo, Toronto Triathlon Festival, Jakes off-road Triathlon (Jamaica), the Limberlost Ultra Marathon and are currently contracted to design a mountain bike festival and super sprint mountain bike race.  We own the XTERRA brand for Ontario and have sub-licensed/supported 2 more XTERRA events in Ontario. We currently control and guide the sponsorship and marketing for XTERRA Canada on behalf of Team Unlimited.  We were the first ever to hold the Canadian Cross Triathlon Championships on behalf of Triathlon Canada and maintain that honour for 3 years running (June 27th being the third).  We are the qualifying event(s) for individuals to race at the XTERRA World Championships in Maui Hawaii and the ITU World Cross Triathlon Championships (2016 in the Snowy Mountains, NSW Australia) and all this has been done as a hobby on the side of full time employment.  But the most ironic thing is that to date, I still have not raced an off-road triathlon in Ontario… I’m sure my time will come.

It is important to note that throughout Element Racing’s history, there is absolutely no way it would still be running today if not for key support, for key people, and for key organizations.  TCoB has been there from day one and continues to be there. My most sincere thanks to people like Margaret Dorio, Greg Pace, John Short, Glen Innes, Nicole Clarkson, Robin Barker and so many more who have been staples, and major players in support, ideas and friendship.  Thank-you.