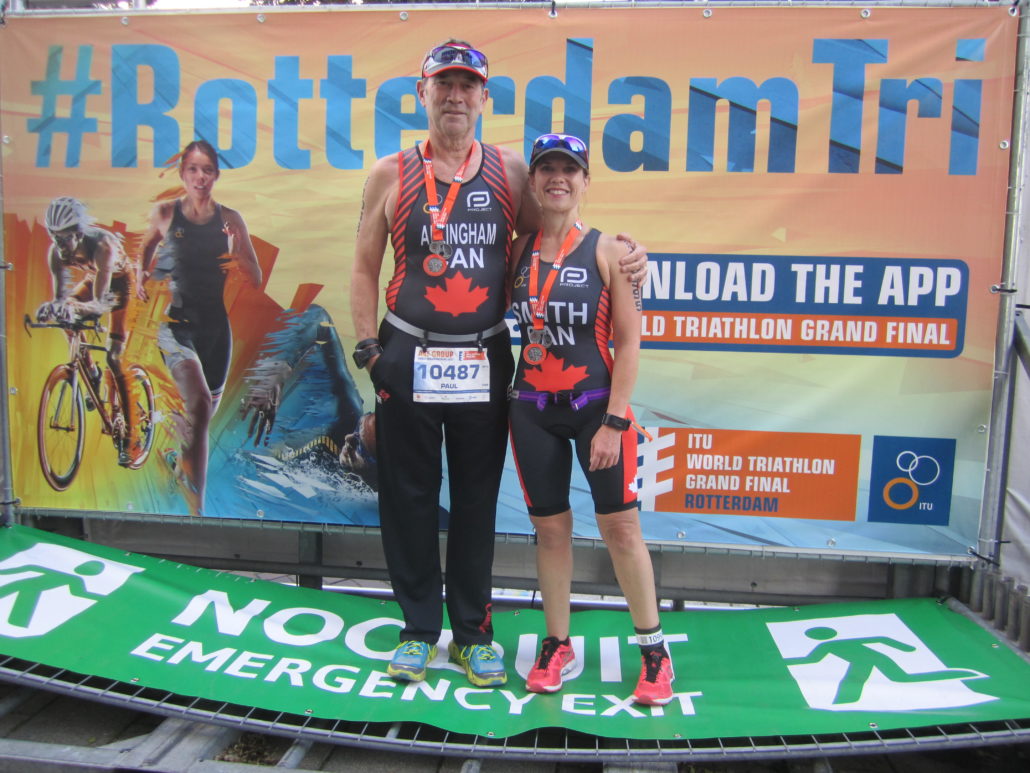 Well my daughter Tara and I finished the race fine.  I did a report on Facebook but many of the addressees to this email don’t follow that so another report here.  Here is Tara’s race report.
Dad….you were actually 16th in your age group coming out of the water! Too bad about all of the bike issues/cable/2 flats….as you would’ve probably finished up in the top 20.
Glad I am carrying on the Allingham tradition.  Out of 78, I was actually 60th in the swim, and by far my best event.   Even running a 26:21 which took every last ounce and my best run ever even just on 5k runs without any other stuff in front of it, my run was still 67th in the pack.   Now, lets not discuss the bike ride.  I may as well have had a basket with flowers on it, and touring handlebars….at 46 mins, I was 73rd.  But the worst part for me, was the transitions.  Couldn’t get my bike gloves on cause my hands were so cold, so I threw them in the bag and didn’t wear them, but the farting around probably cost me 30 seconds, plus getting my bike shoes stuck in the mud on the way out and couldn’t clip in not great.   But I definitely lost 2.5whole minutes at least trying to find my spot to re-rack the bike afterwards, and had to get an official to help me read the chronologically challenging numbers.  Duh.
I would’ve been about 67th without all that nonsense…but overall a solid swim and run.
My report will be shorter.  The day was the best of the week.  No rain and little wind and 16C which was the same temp as the water.  A bit cool on the hands but fine.  I was very happy with my race despite the 8 min lost riding a flat for 8K and being quite tired from pushing so hard riding the flat.  So a bit slower on the run.  Would have finished about middle of my age group but I still wasn’t last.

Nutrition for Healing and Injury, by Claudia Hutchinson